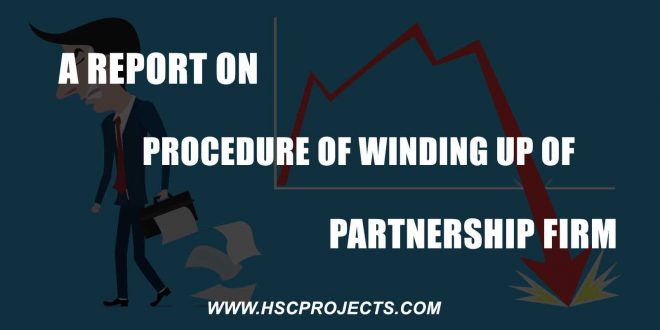 A Report on Procedure of Winding up Partnership Firm 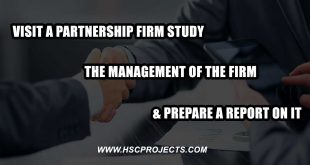 Visit a Partnership Firm, Study the Management of the Firm And Prepare a Report on it 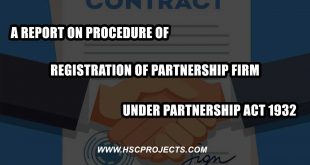 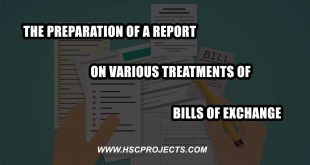 Preparation of a Report on Various Treatments of Bills of Exchange

According to sec.4 of the Indian Partnership Act 1932, “Partnership is the relation between persons who have agreed to share the profits of a business carried on by all of them or any of them acting for all.” Persons who have entered into a partnership are called individually ‘partners’ and collectively a ‘firm.’ The dissolution of a firm means a firm ceases to exist. The relationship existing between the partners discontinues. The whole firm is dissolved, and the partnership terminates. The dissolution of a partnership between all the partners of the firm is called the

‘DISSOLUTION OF THE FIRM’

The referred websites in this project are used as a source of data for this project. Most of the content is collected from these websites. The authenticity of this information cannot be taken seriously, and thus, keeping that in mind, most of that data might be true or fake. 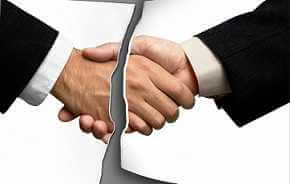 Dissolution of a partnership firm:

A partnership arises from contract and can come to an end by contract. Therefore, the firm may be dissolved with the consent of all the partners or by a contract between the partners.

Where the partnership is at will, the firm may be dissolved by any partner giving notice in writing of his intention to dissolve the firm. The firm is dissolved from the date mentioned in the notice as the date of dissolution. An individual partner is empowered to bring an end to the firm.

Subject to contract between the partners, a firm can be dissolved on the happening of the following circumstances :

The partnership agreement may provide that the firm will not be dissolved in any of the above circumstances.

A firm is compulsorily dissolved under any of the following circumstances :

When.a partner becomes insane, the court may order to dissolve the firm. The suit can be filed by any of the other partners or even by any friend of the insane partner.

When a partner becomes permanently incapable of doing his duties as a partner, the court may dissolve the firm. The suit for dissolution must be filed by a partner other than the incapacitated partner.

When a partner, other than the partner suing, is guilty of misconduct and such misconduct is likely to affect the carrying on of the business, the court may dissolve the firm. The misconduct may be outside the business (punishment for an offense, adultery of a partner, etc.

When a partner persistently or willfully commits the breach of an agreement or conducts himself in such a manner that it is impossible on the part of other partners to carry on the business with him, the court may dissolve the firm. Maintaining wrong accounts, taking away the books of accounts, continuous quarreling with other partners are good grounds.

When a partner transfers his whole interest in the firm to a third party, or all his shares are sold or attached by the court under a decree, the court may dissolve the firm.

When the business cannot be carried on except at a loss, the court may dissolve the firm.

The court may dissolve the firm on any other ground where the court considers it just and equitable to wind up the business. 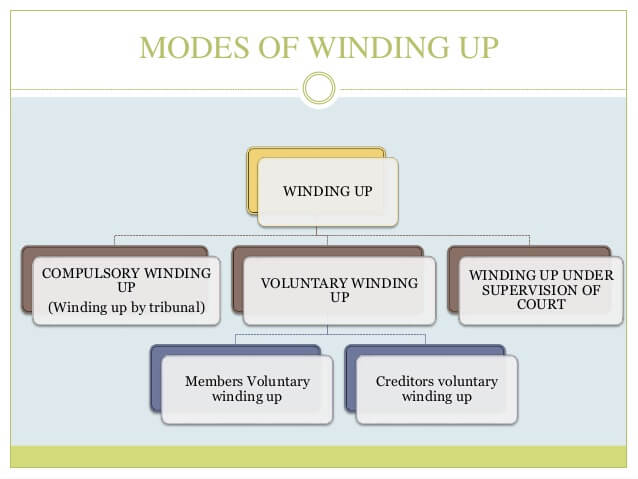 How to wind up a partnership firm

Here is a list of essential documents required for the formation of a company.

To expedite the process of voluntary winding up, the Government had introduced New Regulations as the procedure of voluntary winding up under Companies Act, 1956 was time-consuming, and there was no prescribed qualification for the liquidator. The Code mandates that insolvency professionals are to be appointed as Liquidators, such a move is welcome by corporates and professionals.

The Code and Regulations provide a favorable framework for companies and limited liability partnerships. Though the process remains almost similar to the previous regime, the major change has taken place in the initiation of winding up the process. Earlier, the company or any of its creditors could file a voluntary winding up a petition. Still, now the company, directors, designated partners, or persons responsible for exercising its corporate powers can initiate the winding-up process. Moreover, the approval of creditors representing two-thirds of corporate debt is mandatory under the Code for initiating voluntary winding-up proceedings.

To sum it up, now every company which proposes to wind up is required to follow Insolvency and Bankruptcy Code, 2016. The Code is quite comprehensive and wider as against Companies Act, 1956. It is expected that Code would help in overcoming delays and complexities involved in the process due to the presence of four adjudicating authorities, High Court, Company Law Board, Board for Industrial and Financial Reconstruction, and Debt Recovery Tribunal. It would also lessen the burden on courts as all the litigation will be filed under the Code.

1. Can other partners continue the same business under the same firm name and style?

In the matter of P. Venkateswarlu v. Lakshmi Narshima Rao, AIR 2002 AP 62, the court held that in case of dissolution of the partnership, the firm might be dissolved by any partner giving notice in writing to all the other partners of his intentions to dissolve the firm.

2. If two partners send the notice out of 4, can the remaining two continue?

Nawaf, An Twentieth-something savvy Web Designer / Social Media Manager / SEO Strategist based In India. He is Passionate about Web Designing, Programming, And Web Security. He is currently learning Management Studies and is in the Second Year
Previous Prepare a List of Macro-Economics Problems of Indian Economy and Comment on Them in Brief
Next Visit a Company and Preparation of Informative Report on the Procedure of Issue of Debentures