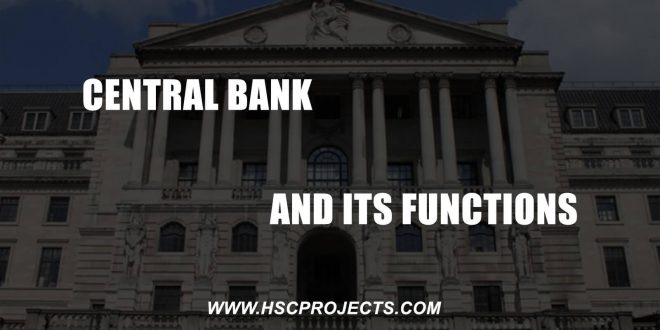 A Central Bank, Reserve Bank or Monetary Authority is an institution that manages a State’s Currency, money supply, and interest rates. Central banks also usually oversee the commercial banking system of their country. In contrast to a commercial bank, a central bank possesses a monopoly on increasing the monetary base in the state and usually also prints the national currency, which usually serves as the State’s legal tender.

The main function of a central bank is to control the Nation’s money supply(monetary policy), through active duties such as managing interest rates, setting the reserve requirement and acting as a lender of last resort to the banking sector during times of bank’s insolvency or financial crisis. Central bank usually also have supervisory powers, intended to prevent bank runs and to reduce the risk that commercial banks and other financial institutions engage in reckless or fraudulent behavior. Central banks in most developed nations are institutionally designed to be independent of political interference. Still, limited control by the executive and legislative bodies usually exists.

“To regulate the issue of Bank notes and keeping of reserves with a view to securing monetary stability in India and generally to operate the currency and credit systems of the country to its advantage; to have a modern monetary policy framework to meet the challenge of an increasingly complex economy, to maintain price stability while keeping in mind the objective of growth.”

The Objectives of the Central Bank of India are :

“Central Bank is an ‘apex’ body that controls, operate, regulate and direct the entire banking and monetary structure of the country.”

It is known as the apex (supreme) body as it occupies the topmost position in the monetary and banking system of the country. All the financially developed countries have their own central bank. India’s RBI was established on April 1, 1935, under the Reserve Bank of India Act passes in 1934. Central Bank is known by different names in different countries. In India, it is Reserve Bank of India (RBI), in the UK as Bank of England and in the USA, it is known as Federal Reserve System. 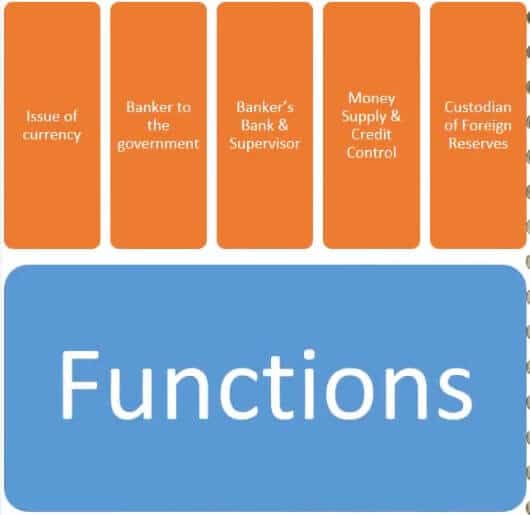 As the Central Bank of the country, The Reserve Bank of India performs the following functions:

The central bank has the sole authority for the issue of currency in the country. In India, RBI has the sole right of issuing paper currency notes (except one rupee notes and coins, which are issued by Ministry of Finance).

Central Government is also authorized to borrow money from the Central Bank. Whom government incurs a deficit in its budget, It borrows from Central Bank by selling its treasury bills. When Central Bank acquires these securities, it issues new currency. This is known as ‘monetizing the Govt’s Debt’ or ‘Deficit Financing’.

The Reserve Bank of India acts as a Banker, Agent and a Financial Advisor to the Central Government and all State Governments [except that of Jammu and Kashmir].

As a banker, it carries out all banking business of the Government.

As an agent, the Central Bank also has the responsibility of managing the public debt.

As a financial advisor, the Central Bank advises the Government from time to time on economic, financial and monetary matters.

As the banker to banks, the Central Bank functions in three capacities:

As a supervisor, Central Bank regulates and controls the Commercial Banks. The regulation of Banks may be related to their licensing, branch expansion, the liquidity of assets, management, merging, winding up, etc. The control is exercised by periodic inspection of banks and the return filed by them.

Due to economic fluctuations, the Central Bank i.e. RBI controls the money supply and credit in the best interest of the economy as RBI has the sole monopoly in currency issue, it can control credit and supply of money. For this, RBI makes use of the following methods of credit control:

Various promotional functions are performed by the Reserve Bank of India are given below:

The RBI helps in mobilizing the savings of the people for investment. It expanded the banking system throughout institutions like UTI, IDBI, IRCI, NABARD, etc. Thereby it promoted banking habit among the people.

The RBI is providing refinance for export promotion. The Export Credit and Guarantee Corporation [ECGC] and Export-Import Bank were established initially by RBI to finance the foreign trade of India.

RBI makes institutional arrangements for rural or agricultural finance. For e.g: the bank has set up special agricultural credit cells. It has promoted regional rural banks with the help of Commercial Banks. It has also promoted NABARD.

The RBI is vested with enormous and extensive powers regarding supervision and control over Commercial Banks, Cooperative Banks and also Non-Banking Institution Institutions receiving deposits. The Banking Regulation Act prescribes extensive requirements reserves, cash reserves, and liquid assets. Every scheduled bank is required to furnish to the Reserve Bank a weekly statement showing the principal items of its liability and assets in India. 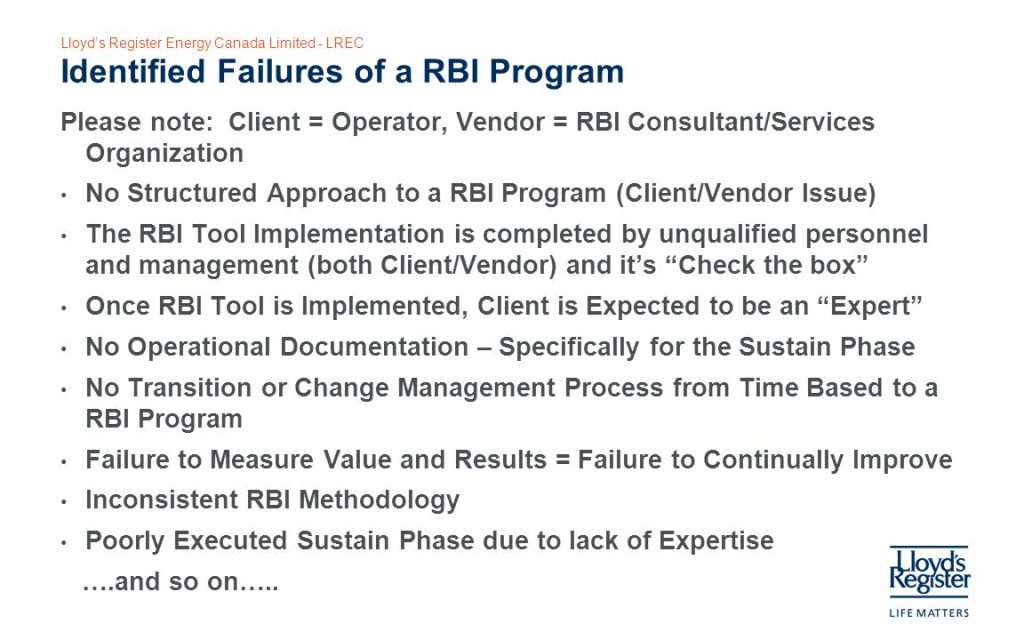 Banking Systems have been with us for as long as people have been using the money. Banks and Financial Institutions provide security for individuals, businesses, and governments. In general, what banks do is pretty easy to figure out. For the average person, Banks accept deposits, lend loans and provides a safe place for money and valuables and act as a payment agent between merchants and banks.

History has power banks to be vulnerable to many risks, however, including credit, liquidity, market, operating interest rate, and legal risk, many global crises have been resulting of such vulnerabilities and this has led to the strict regulations of state and national banks.

I would like to express my special thanks of gratitude to my teacher Mrs. XYZ as well as our principal Mrs. XYZ who gave me the golden opportunity to do this project on the topic Central Bank – RESERVE BANK OF INDIA. Which also helped me in doing a lot of research and I came to know about so many things. My project has been successful only because of her guidance

This is to certify that XYZ Of Class XII – D of XYZ has completed his/her project under my guidance and supervision. She has taken proper care and shown utmost sincerity in the completion of this project. I certify that this project is up to my expectations and as per guidelines issued by CBSE.

Nawaf, An Twentieth-something savvy Web Designer / Social Media Manager / SEO Strategist based In India. He is Passionate about Web Designing, Programming, And Web Security. He is currently learning Management Studies and is in the Second Year
Previous Government Budget And Its Components
Next Goods And Services Tax In India