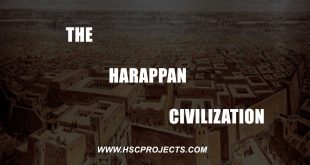 INTRODUCTION OF THE GREEN REVOLUTION

The green revolution was a period when the productivity of global agriculture increased drastically as a result of new advances. During this period, new chemical fertilizers and pesticides were created. The chemical fertilizer made it possible to supply crops with extra nutrients and therefore, increase yield. The newly developed pesticides controlled weeds, deterred or kill insects, and prevented disease which also resulted in higher productivity.

HISTORY AND DEVELOPMENT OF THE GREEN REVOLUTION

The beginnings of the Green Revolution are often attributed to Norman Borlaug American scientist interested in agriculture. Dr. Norman E. Borlaug receives the congressional Gold Medal in 2007 Borlaug a 1970 Nobel laureate was honored for his work in the Green Revolution saving millions of lives from famine in India Mexico and the Middle East.

METHODS USED IN THE GREEN REVOLUTION

A large increase in food production in developed and developing countries was achieved by using modern agricultural techniques.

CAUSES OF THE GREEN REVOLUTION

EFFECTS OF THE GREEN REVOLUTION

In addition to producing larger quantities of food, the Green Revolution was also beneficial because it made it possible to grow more crops on roughly the same amount of land with a similar amount of effort. This reduced production costs and also resulted in cheaper prices for food in the market. The ability to grow more food on the same amount of land was also beneficial to the environment because it meant that less forest or natural land needed to be converted to farmland to produce more food.

Green Revolution has done a lot of positive things saving the lives of millions of people and exponentially increasing the yield of food crops. But environmental degradation makes the Green Revolution an overall inefficient short-term solution to the problem of food insecurity. So a more sustainable and environmentally-friendly system of cultivation needs to be practiced. The world needs green revolution 2, which promises to feed a growing world population sustainably without compromising the needs of future generations.

India has tremendous export potential in agriculture in the present era of globalization. In the second Green Revolution emphasis should be laid on

I would like to express my special thanks of gratitude to my teacher Daizy Gupta as well as our principal Nelinder Jeet Sandhu who gave me the golden opportunity to do this wonderful project on the topic of the Green Revolution which also helped me in doing a lot of research and learning new things. I am thankful to them. Secondly, I would also like to thank my parents and friends who helped me a lot in finalizing the project within the limited time frame.