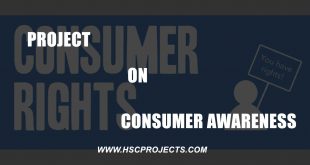 Insurance is mean of protection from financial loss. It is a form of risk management, primarily used to judge against the risk of an uncertain loss. An entity that provides insurance to known as an insurer, insurance company, and Insurance carrier on the underwriter. A person on an entity who buys insurance is known as an insured assuring a guarantee and known relatively small loss in the form of payment to the insurance in exchange for the insurer’s promise to compensate the insured in the event of a covered loss. The loss may it mat not be financial, but it must be reducible to financial forms and equally involves something in which the insured has an insurable interest established by ownership, possession, or preexisting relationship.

The insurance has the following characteristics which are generally, observed in the case of life, marine, fire and general insurance.

Insurance provides people from all walks of life and business a form of safety net and security. Because it offers protection it makes people feel safe and secure from loss and illness as well. Its benefits apply to so many aspects of life that can range from paying huge medical bills should you become seriously ill and saving you from loss of income or having to file bankruptcy. Should a natural disaster happen that wipes your home or business people who carry the adequate amount of insurance coverage are not faced with the stress and worries of how they can recover from the catastrophe event? The social effects of insurance affect almost every part of our lives today it virtually controls the simple everyday life of what people want to do as it is required with most major purchases. A good example is a married couple who have found their dream home and are excited because it fits their budget only to find out when they call to get a homeowner insurance quote they cannot afford it spp insurance has crushed their dreams. Insurance can also cause hardships for so many people and keep them from driving a car because they cannot afford policy insurance can be costly and insurance companies gamble on the fact that the mass population will never use it. However, it’s better to have insurance and not need it than to need it and not have it should something occur. Today, everyone is expected to carry insurance coverage is often frowned upon when they say no. Insurance today is woven into our social circles of daily living it protects us from loss, and has many benefits in most cases of our daily liver.

Generally, the terms insurance and assurance are considered the same thing but these two are not synonymous. These two are different in meaning assurance refers to a contract in which the sum assured is bound to be paid sooner or later in case of loss insurance the sum.

According to the study of books of the chartered insurance institute, there are variant methods of insurance, two of which are

SOME INSURANCE COMPANIES ARE

Insurance is a superior tool to other forms of savings as it provides protection, collective hearing of risk, assessment of risks, certainty factor, easy liquidity and above all the safest means of saving and investment.

I would like to express my special thanks of gratitude to my teacher of this subject who gave me the golden opportunity to make this wonderful project on the topic “INSURANCE” which helped me in doing a lot of research and to learn many new things. I am thankful to them. Sadly I would also like to thank my parents who also helped me in preparing this project within the limited time frame.

This is to certify that xx of class XI-B has completed her project under my supervision. She has taken proper care and sincerity in the unemployment of this project. I certify that this project is up to my expectation and as per the CBSE guidelines