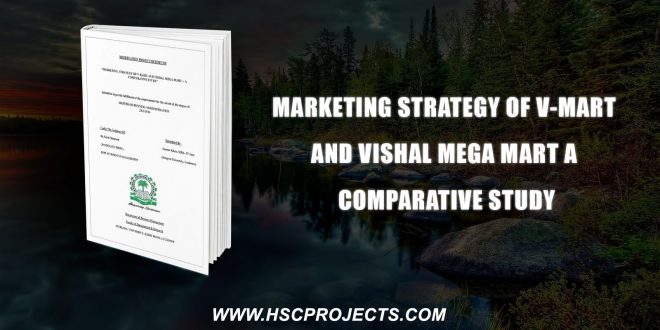 V-MART is a chain of shopping malls in India. V-MART is one of the pioneers in setting up stores across various small Indian towns and cities including Sultanpur, Ujjain.Faizabad.V-MART primarily operate in Tier-II and Tier-III cities, with a chain of “value retail” departmental stores offering apparels, general merchandise, and kirana, catering to the entire family.

V-MART has established stores in Metro, Tier-I, Tier-II, and Tier-III cities which are primarily located as standalone stores in high-street areas and shopping hubs of such cities. The average size of our store is approximately 8,000 Sq. Ft. V-MART follows the concept of “value retailing” to target the strata of the population belonging to the expanding “aspiring class” and “middle class” based on our customer’s socio-economic conditions, purchasing power, demographic details and customer trends.

Vishal Mega Mart is India’s largest Fashion-led hypermarket chain with a footprint of over 175 stores, a cumulative trading area in excess of 3 million square feet, in over 110 cities and towns across India. Vishal is sharply focused at the needs of consumers in Apparel, General Merchandise, Grocery and Personal Care in Tier-1, Tier-2 and Tier-3 cities and towns and is dedicated to offering the best value and choice to its millions of customers.

The title of the project is “ MARKETING STRATEGY OF V-MART AND VISHAL MEGA MART:- A COMPARATIVE STUDY”. The purpose of the study is how V-MART and Vishal Mega Mart adapt and implement the different marketing strategies according to the customer preference keeping in mind. The type of research design used here was Exploratory research and sampling procedure that was followed was Simple random sampling The total sample size is 100 respondents across all the ages, income category, occupation, and gender. Bar charts and other useful tools are used for the analysis of the study.

Nawaf, An Twentieth-something savvy Web Designer / Social Media Manager / SEO Strategist based In India. He is Passionate about Web Designing, Programming, And Web Security. He is currently learning Management Studies and is in the Second Year
Previous Retention Management System With Respect To Tech Mahindra
Next Study Of The BPO HR Consultancy