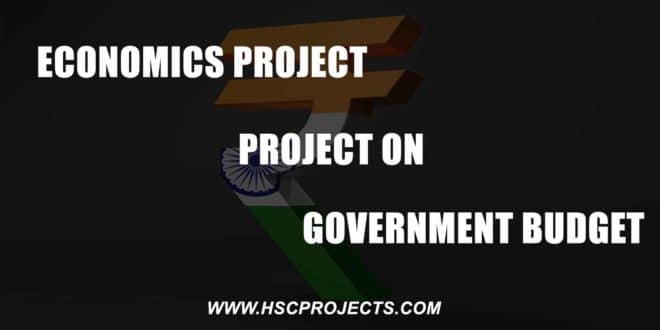 A Government Budget is an annual statement presenting the Government proposed revenues and spending for a financial year that is often passed by the legislature, approved by the Chief Executive or president, and presented by the finance minister to the nation. The budget is also known as the Annual Financial Statement of the country. This document estimates the anticipated government expenditures for the ensuing financial year. For example, Property Tax.

In the modern world, every Government aims at maximizing the welfare of its country. It requires a number of infrastructural economics and welfare activities. This required appropriate planning and policy of the Government, which is called Budget. All these activities related to Infrastructure, Welfare, and Economic growth depend upon one thing. The solution to all these problems is known as ‘Budget.’

“A budget is a document containing detailed programs and policies of action for the given fiscal year.”

The budget is a financial plan of Government for a definite period.

A budget is a document containing a preliminary approved plan of public revenues and expenditure.

Government Budget is an annual statement showing item wise estimates of receipts and expenditures during a fiscal year. 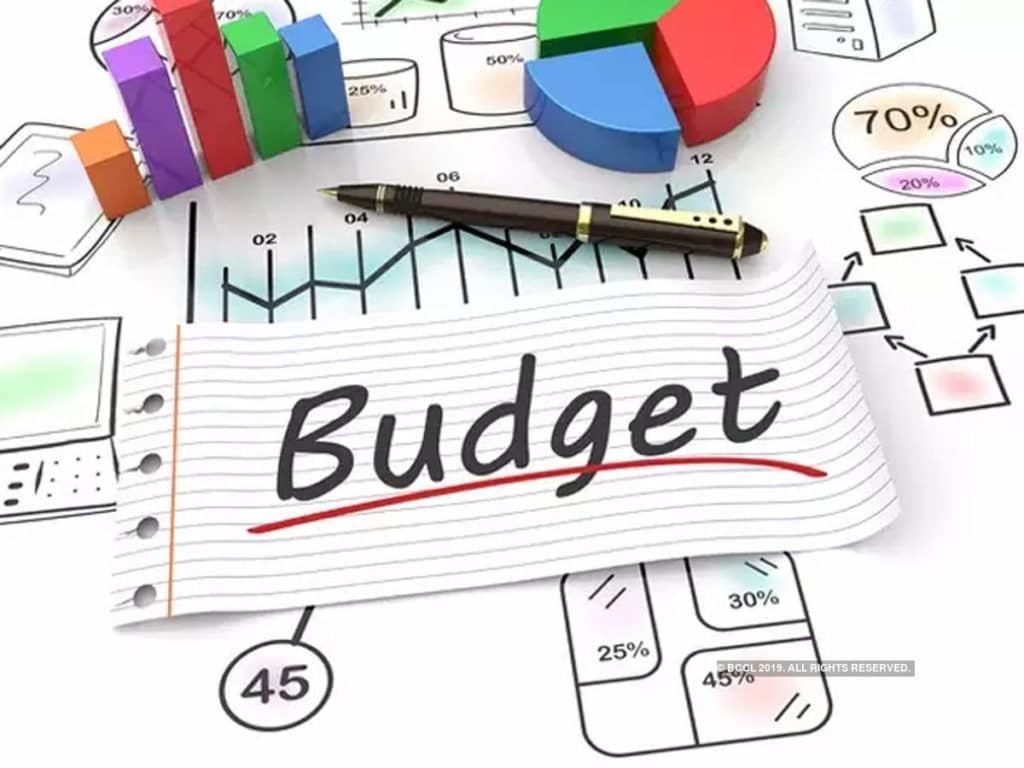 The budget is prepared by the Government at all levels, i.e., the Central Government prepares its respective annual Budget.

Estimates expenditures and receipts are planned as per the objectives of the Government.

The budget is presented in the parliament on such a day, as the President may direct. By conventions, it is presented, before it can be implemented.

It is required to be approved by the parliament. 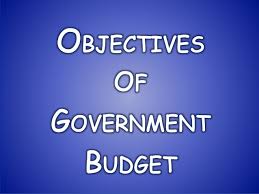 Through the budgetary policy, the Government aims to reallocate resources in accordance with the economic and social priorities of the country.

Reducing Inequalities in income and wealth:

Economics inequality is an inherent part of every economic system.

There are a large number of public sector industries, which are established and managed for the social welfare of the public. The budget is prepared with the objective of making various provisions for managing such enterprises.

The growth rate of a country depends on the rate of saving and investment. For this purpose, the budgetary policy aims to mobilize sufficient resources for investment in the public sector. Therefore, the Government makes various provisions in the budget. 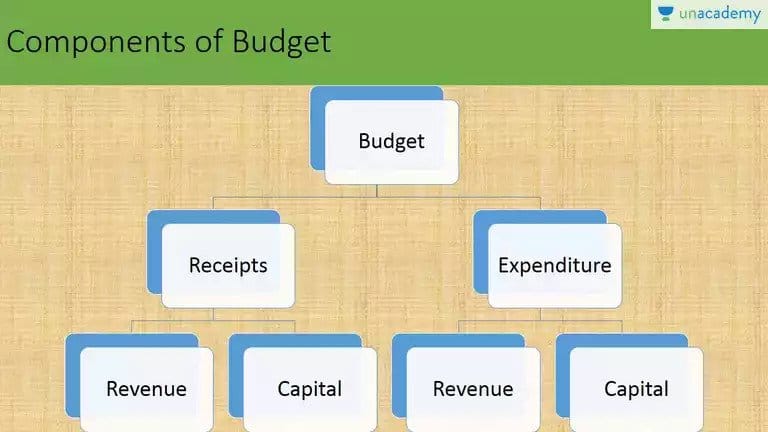 It refers to receipts of the Government from all sources other than those of tax receipts.
Interest: The government receives interest on loans given by it to state government union territories.
Fees: Fees refer to charges imposed by the Government to cover the cost of recurring services provided by it court fees registration fees import fees etc.
License Fees: It is a payment charged by the Government to grant permission to keep a commercial vehicle.
Fines and Penalties: They refer to that payment, which is imposed on lawbreakers, fine for jumping light, etc.
Escheats: It refers to claims of the Government on the property of a person who dies without leaving a will.
Gifts and Grants: The government receives gifts and grants from a foreign government.
Forfeitures: These are in the form of penalties that are imposed by the court for non-compliance with others’ contracts, etc.

They are the funds raised by the Government to meet excess expenses.
Government Open Market.
Reserve Bank of India.
Foreign Government.

B. Recovery of Loans:

The government grants various loans to the state Government or Union Government.

These include Disinvestment and small savings. Disinvestment refers to the act of selling a part of the whole of shares of selected public sector undertaking held by the Government. Small saving refers to funds raised from the public in the form of post office deposits.

It refers to the expenditure, which either creates an asset or reduces any liability of the Government. It is non-recurring in nature.
It adds to Capital Stock of the economy and increases its productivity through expenditure.
Example: Loan to states and union territories expenditure on building roads, flyovers, etc.
The expenditure must create an asset for the Government.
For example, the Construction of Metro is a capital expenditure as it leads to the creation of the asset. However, any amount paid as salaries is not a capital in the assets.

How to Classify Revenue or Capital Expenditure: 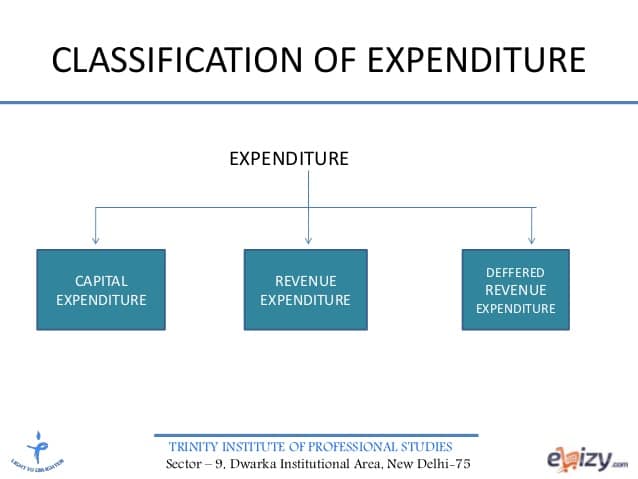 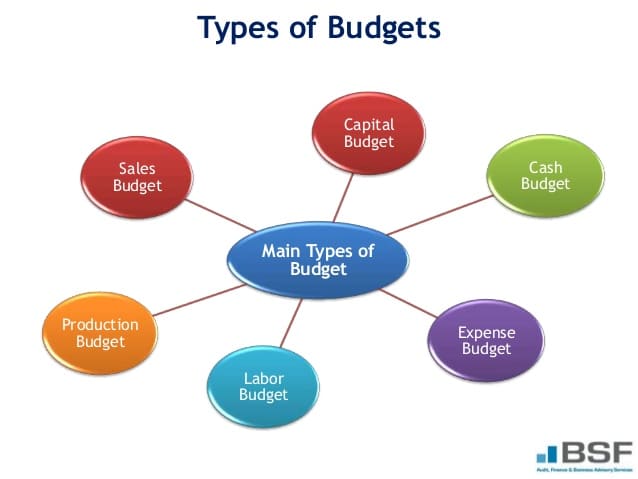 Budgetary Deficit is defined as the excess of total estimated expenditure over total estimated revenue when the Government spends more time it collects; then, it incurs a budgetary deficit with reference to the budget of the Indian Government.

Fiscal Deficit presents a more comprehensive view of budgetary imbalances. It is widely used as a budgetary development in India. The extent of fiscal deficit is an indication of how far the Government is spending.

Fiscal Deficit indicates the total borrowings requirements of the Government.

Deficit Financing: The government may borrow from RBI against its securities to meet the fiscal deficit.

Primary Deficit refers to the difference between the fiscal deficit of the current year and interest payment on the previous borrowings.

If there is one cliché that has been uttered even more than Ravi Shastri tracer bullet, it is this. There’s a reason this gets the #1 Position.
Hell, you yourself may be on substance, but you can still say that the budget has no substance, and it would pass for acceptable criticism.

This is more subtle, politically correct criticism of the budget, particularly suitable for the rare occasion when everyone else seems to think that the Finance Minister has nailed the Budget. When a budget is really so good that it’s just extremely difficult to criticize, this is the statement to use.

What is being done to fight corruption? What about black money? 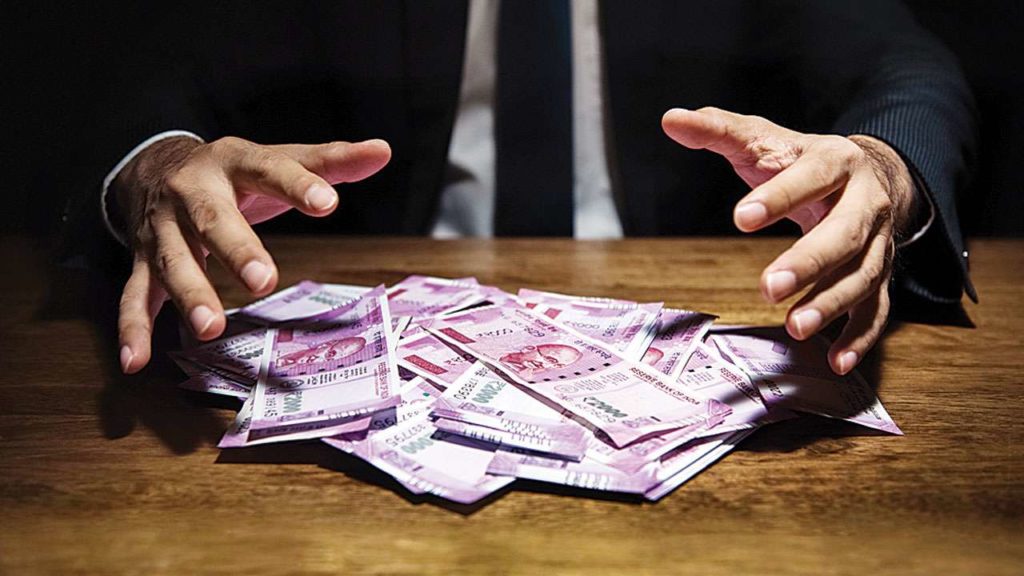 This one is the go-to line if you’re a self-styled anti-corruption crusader. You don’t have to care two hoots about the budget. For you, this is another ripe opportunity to pounce on and exhibit your “Anti-Corruption” by saying that the budget has nothing about fighting corruption and bringing black money back. Easy, because no budget likely will. At most, the budget will make mention of the Government being “Committed” to fighting against Corruption.

My Opinion About Government Budget:

After listening to a long 2-hour speech by the finance minister, I had some equally frustrating and fascinating thoughts, moving beyond the usual debate of “will this be good economics or bad politics?” and vice-versa. The two can co-exist. As a whole, the Budget needs to move away from populist and prudent definitions. It needs to be examined on the merit of what it does to different classes of people.
It had a huge impact, and I had to take a bit of time properly digest what I heard. I had to contextualize it with the other Budget (in the past years) as well as the needs of the current scenario. These are a few thoughts about the Budget.

I would like to express my special thanks of gratitude to __________ my economics teacher as well as the one who gave me the opportunity to do this project on the topic “Government Budget” which also helped me in doing a lot of research and I came to know about so many things.

This project would not have been completed without the guidance of my economics teacher. She has been a constant source of inspiration and a helping hand in the completion of this project. I would also like to thank all the individuals who served me in this project.

This is to certify XYZ of Class XII has been successfully completed his / her Economics project on the topic Government Budget and its components under the Guidance of XYZ during the academic year 2018-2019 as per the guidelines issued by the Central Board of Secondary Education (CBSE).

Nawaf, An Twentieth-something savvy Web Designer / Social Media Manager / SEO Strategist based In India. He is Passionate about Web Designing, Programming, And Web Security. He is currently learning Management Studies and is in the Second Year
Previous Marketing Management of Energy Drink – Business Studies Project
Next Economics Project On Demonetization – Class 12 CBSE