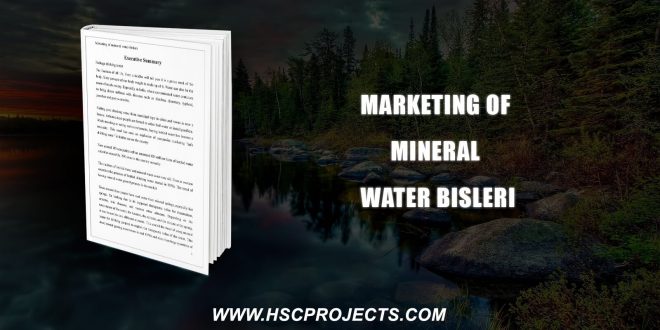 The fountain of all life. Even a toddler will tell you it is a prime need of the body. Sixty percent of our body weight is made up of it. Water can also be the cause of much misery. Especially in India, where contaminated water continues to bring down millions with diseases such as diarrhea, dysentery, typhoid, jaundice, and gastroenteritis.

Getting pure drinking water from municipal taps in cities and towns is now a luxury. At home, most people are forced to either boil water or install purifiers. While traveling or eating out in restaurants, buying bottled water has become a necessity. This need has seen an explosion of companies marketing “safe drinking water” in bottles across the country.

Now around 100 companies sell an estimated 424 million liters of bottled water valued at around Rs. 200 crores in the country annually.

The tradition of bottled water and mineral water is not very old. Even in western countries, the practice of bottled drinking water started in the 1950s. The trend of having mineral water gained grounds in the market.

Since ancient time people have used water from mineral springs, especially hot springs, for bathing due to its supposed therapeutic value for rheumatism, arthritis, skin diseases, and various other ailments. Depending on the temperature of the water, the location, the altitude, and the climate at the spring, it can be used to cure different ailments. This started the trend of using mineral water for drinking purpose to exploit the therapeutic value of the water. This trend started gaining momentum in the mid-1970s and since then large quantities of bottled water from mineral springs in France and other European The concept of bottled has been quite prevalent in western countries due to greater health consciousness and higher awareness about health and hygiene countries are exported every year.

In INDIA with exposure of media and exposure to international lifestyles, deteriorating levels of potable water, increase in a number of waterborne cases, increase in awareness about health and hygiene and other related factors led to the acceptability of concept of mineral water. The market has not looked back ever since then and has grown leaps and bounds to such an extent that a number of genuine as well as fly-by-night operators have entered it to milk it.

Nawaf, An Twentieth-something savvy Web Designer / Social Media Manager / SEO Strategist based In India. He is Passionate about Web Designing, Programming, And Web Security. He is currently learning Management Studies and is in the Second Year
Previous Knowledge Management Bank
Next Performance & Growth Of Urban Cooperative Bank