The Mysteries Behind The Mound Of Death Mohenjo Daro 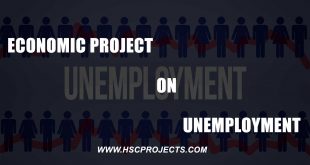 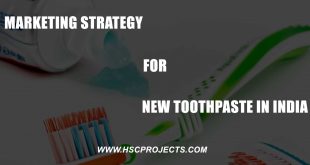 Digital India is an initiative of the government of India to integrate the government departments and the people of India. It aims at ensuring that government services are made available to citizens economically by reducing paperwork. The initiative also includes a plan to connect rural areas with high-speed internet works. Digital India has three core components.
These Include

WHAT IS DIGITAL INDIA?

DIGITAL INDIA: A PLETHORA OF OPPORTUNITY FOR IT

As a result, a growing number of services are being offered to the public online these includes

I dream of an India where

INFRASTRUCTURE AS UTILITY TO EVERY CITIZEN

GOVERNANCE AND SERVICES ON DEMAND

The programme management structure for the Digital India programme as endorsed by the Union cabinet is as follows.

For effective management of the Digital India programme the programme management structure would consist of a monitoring committee on digital India needed by the Prime Minister, a digital India Advisory group cheered by the minister of communications & IT and an apex committee chaired by the cabinet secretary. The structure has the needed secretarial monitoring/technical support & appropriate decentralization of power & responsibility to ensure effective execution of the various projects/components by the implementing departments/teams.
Key components of the programme management structure would be as follows

FOr effective monitoring of Digital India usage of project management information system would be mandatory in each new & existing mission mode project to capture the real or near-real crime details about the progress of the project. This cool should be proficient enough to capture the parameters for each stage of the project namely conceptualisation & development. Since “e-Kranti”.natioanl e-governance plan 2.0 is already integrated with the Digital India programme, the existing programme management structure established for the national e-governance plan at both national& state levels.

the estimated impact of Digital India by 2019 would be cross-cutting ranging from broadband connecting in all panchayats.

EFFECTS OF DIGITAL INDIA PROJECT BY 2019

The success of this programme will make India originally empowered & the leader in usage of It in the delivery of services related to carrier domains.

My research methodology requires gathering relevant data from the specified documents and compiling databases in a more complete understanding. I hope to shed light on the questions through my research.

Q1) Are you aware of Digital India Projects?

The above pie chart shows the percentage of awareness of the ‘Digital India Project’.

Q2) Do you think the Digital India project will uplift the standard of living?

Do the above Pie charts show that the ‘Digital India Project’ will uplift the standard of living or not?

Q3) Do you want to live in a digitalized city?

Q4) according to you what is the most important thing to convert India digitally?

Q5) Do you think rural people can able to adopt the digital change in our country?

The above pie chart shows whether rural people can able to adapt the digital changes or not.

Q6) According to you which sector will get developed most after digitalization in India?

The above pie charts show the percentage of the sector which will get developed most after digitalization in India.

Q7) After digitalization, which area will become more convenient to you as compared to their current services?

Q9) What rating would you give to this ‘Digital India Project’?

Q10) Do you think Digital India Project will get successful?

I would like to express my special thanks of gratitude to my teacher as well as our principal who gave me the golden opportunity to do this wonderful project on the topic.” DIGITAL INDIA”.This also helped me in doing a lot of research & I come to know about so many new things I am thankful to them. Secondly, I could do like to thank my parents and friends who helped me a lot in finalizing this project within the limited time frame.

This is to certify that a student of class XI has completed the research on the project.” DIGITAL INDIA” under the guidance of during the year 2018-2019