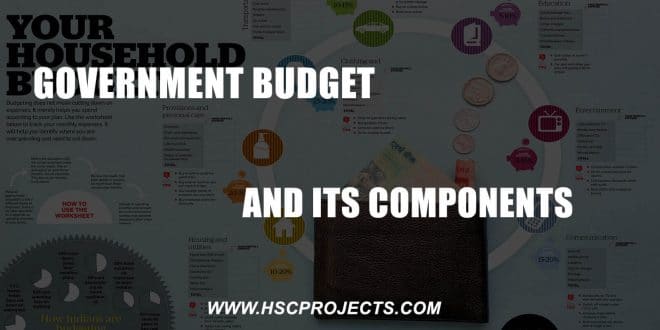 Government Budget And Its Components

In the modern world, every go government aims at maximizing the welfare of its country. It requires a number of infrastructural, economics and welfare activities. All these activities require huge expenditure to be incurred. This requires appropriate planning and policy of the solution to all these problems is ‘Budget’. A budget is a document containing detailed programmes and policies of action for the given fiscal year.

The government budget is an annual statement, showing item wise estimates of receipts and expenditures shown in the budget are not the actual figures, but the estimated values for the coming year. The fiscal year is taken from 1st April to 31st March. 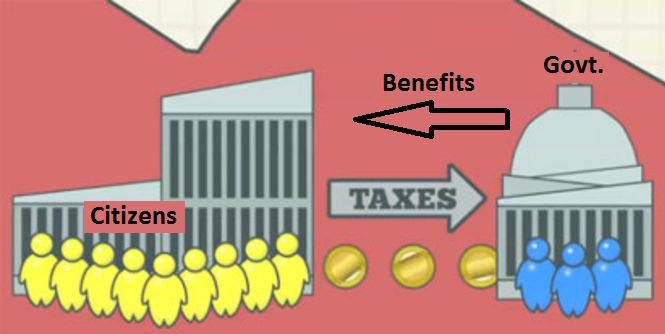 Government prepares the budget for fulfilling certain objectives. These objectives are the direct outcome of Government economic, social and political policies. The various objectives of the Government budget, etc.

Through the budgetary policy, the Government aims to reallocate resources in accordance with the economic and social priorities of the country.

Reducing Inequalities in Income and Wealth:
Economic inequality is an inherent part of every economic system. The government aims to reduce inequalities of income and wealth through its budgetary policy. The government aims to influence the distribution of income by imposing taxes on the rich and spending more on the welfare of the poor. It will reduce the income of rich and raise the standard of living of the poor, thus reducing inequalities in the distribution of income.

Government budgets are used to prevent business fluctuations of inflation or deflation and achieve the object of economic stability. Government expenditure and taxes can help in fighting price fluctuations.

Inflationary tendencies emerge when aggregate demand is higher than expenditure. During deflation, the Government can increase its expenditure and give tax concessions and subsidies.

There are large numbers of Public sector industries and manager for the social welfare of the Public Budget is prepared with the objective of making various provision for managing such enterprises and providing them financial help.

The Government budget aims to reduce regional disparities through its taxation and expenditure policy for encouraging setting up of production units in economically backward regions.

Two major components of the Budget are: 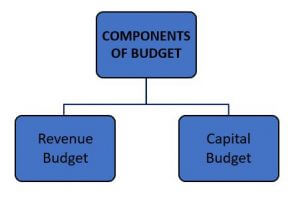 This financial statement includes the revenue receipts of the Government i.e. revenue collected by way of taxes and other receipts. It also contains the items of expenditure met from such revenue. It has two components:

(I) Budget Receipts:
Budget receipts refer to the estimated money receipt of this Government from all sources during a given fiscal year Budge receipt.

(II) Revenue Receipts:
Revenue receipts refer to those receipts which neither create any liability nor cause any reduction in the assets of the Government. They are regular and recurring in nature and the Government receives them in its normal course of activities.

A receipt is a revenue receipt if it satisfies the following two essential conditions:

It deals with the revenue aspect of the Government budget. It explains how revenue is generated or collected by the components of the budget.

Revenue receipts of the Government are generally classified under two heads:

Tax revenue refers to the sum total of receipts from taxes and duties imposed by the Government companies of the Government without reference to any direct benefit in return. It means there are two aspects of taxes.

(i) Tax is a compulsory payment. No one can refuse to pay it.

(ii) Tax receipts are spent by the Government for the common benefit of people in the country.

The non-tax sources of public revenue are as follows: 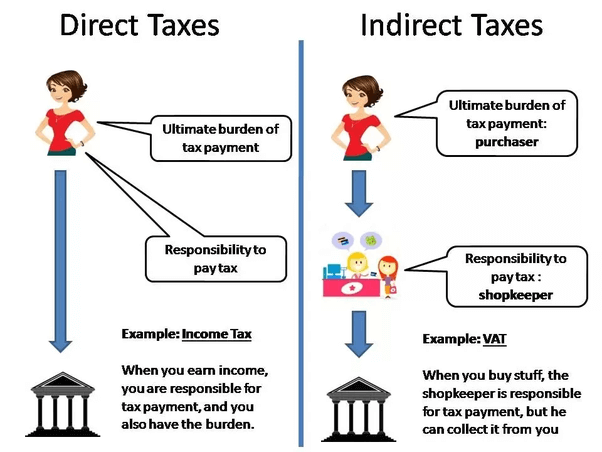 Direct Taxes are taxes that are imposed on the property and income of individuals and companies and are paid directly by them to the Government.

They are imposed on individuals and companies.

The liability to pay the tax and actual burden of tax lie on the same person i.e. is burden cannot be shifted to others.

Indirect Taxes refers to those taxes which affect the income and property of individuals and companies through their consumption of expenditure.

How to classify a tax as Direct or Indirect?

Capital receipts refer to those receipts which either create liability or cause a reduction in the assets of the Government. They are non-recurring and non-routine in nature.

Borrowings are the funds raised by the Government to meet excess expenditure.

Disinvestment refers to the act of selling a part or the whole of shares of selected Public Sector undertakings held by the Government. They are termed as Capital Receipts as they reduce the assets of the Government. A part or whole of its shares, it leads to transfer of ownerships PSU to the private enterprises.

Small Saving refers to funds raised from the Public in the form of Post office deposits, National Saving Certificates, Kisan Vikas Patras, etc. They are treated as capital receipts as they lead to increased liability.

A receipt is capital if either creates a liability or reduces an asset. 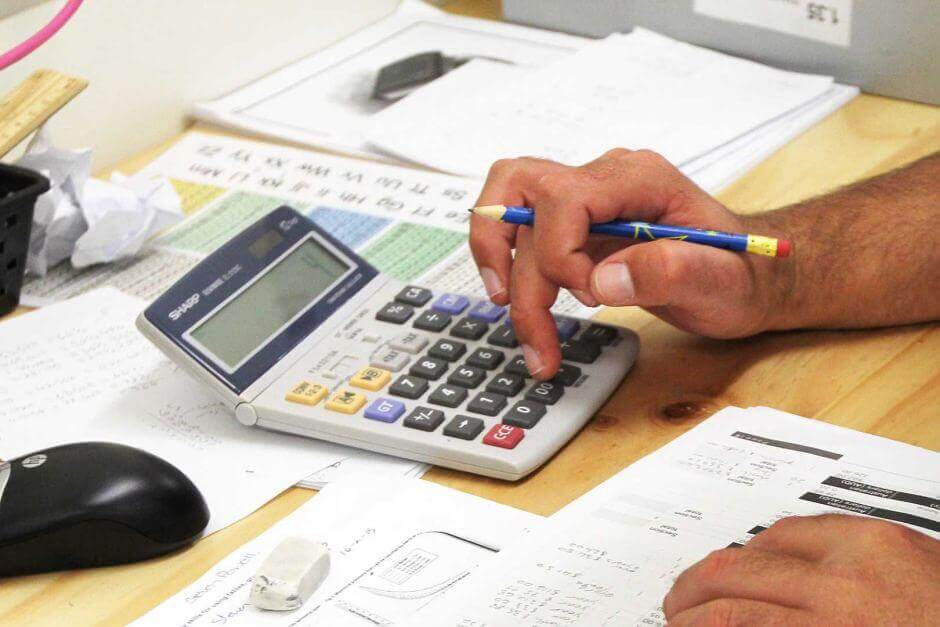 Budget Expenditure refers to the estimated expenditure of the Government during a given fiscal year. The budget expenditure can be broadly categorized as:

Revenue Expenditure refers to the expenditure which neither creates any asset nor causes a reduction in any liability of Government.

Capital expenditure refers to the expenditure which either creates an asset or causes a reduction in the liabilities of the Government.

The expenditure must create an asset for the Government. Example: Construction of Metro is a capital expenditure as it leads to the creation of an asset. However, any amount paid as salaries is not capital in the assets.


Difference between Plan and Non-Plan Expenditure:

How to Classify an Expenditure as Plan or Non-Plan?

Non-Development Expenditure refers to the expenditure which is incurred on the essential general services of the Government. It does not directly contribute to economic development but it indirectly helps in the development of the economy. Such expenditure is essential from the administration of view.

Difference between the two:

Revenue deficit signifies that the government own revenue is insufficient to meet expenditure on the normal functioning of Government Departments.

Fiscal deficit presents a more comprehensive view of budgetary imbalances. It is widely used as a budgetary tool for explaining and understanding the budgetary development in India.

The extent of fiscal deficit is an indication of how far the government is spending beyond its means.

Implications:
Fiscal deficit indicates the total borrowing requirements of the government borrowings not only involve repayment of the principal amount but also required payment of interest.

Government mainly borrow from Reserve Bank of India to meet its fiscal deficit. The government also borrows from the rest of the world which raises its dependence on their countries. Borrowings increase the financial burden. 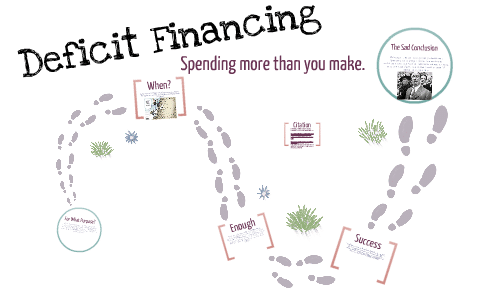 The government may borrow from RBI against its securities to meet the fiscal deficit. RBI issues new currency for this purpose.

It indicates how much of the Government Borrowings are going to meet the expense. It indicates payment the difference between fiscal deficit and primary deficit shows the amount of interest payment on the borrowings made in the past.

Reasons for Selection of this Topic:

I would like to convey my heartfelt thanks to Mr./Mrs. Aman Khurana my Economics teacher who always gave me valuable suggestions and guidance during the completion of these projects. He/She has been a source of inspiration & helpful hand in the completion of this project. My project has been successful only because of his/her guidance.

Name of the Student: Your Name

Roll No. allotted by CBSE :

This is to certify that Mr./Mrs. Manminder Kaur of class XII – C of Guru Nanab International Sr. Sec. Public School has completed his/her project file under my supervision. He/She has taken my supervision and has taken proper care and shown utmost sincerity in the completion of the project. I certify that this project is up to my expectations and as per the guidance issued by CBSE.

Nawaf, An Twentieth-something savvy Web Designer / Social Media Manager / SEO Strategist based In India. He is Passionate about Web Designing, Programming, And Web Security. He is currently learning Management Studies and is in the Second Year
Previous Research Project Report On Holiday Ambassador – An Additional Earning Opportunity
Next Central Bank And Its Functions – Economics Project